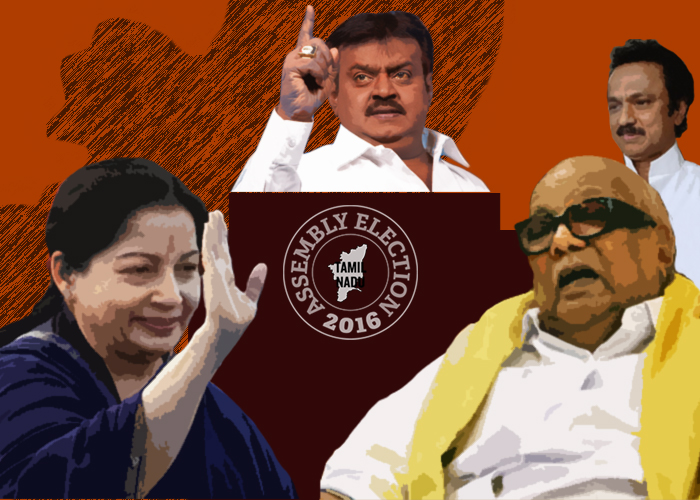 Tamil Nadu election was conducted on May 16th 2016. Result was announced yesterday (19th May 2016). AIADMK won 134 seats and DMK won 98 seats. Although AIADMK won the important candidates of both ADMK ,DMK and the leaders of other important parties like PMK,BJP got less vote count. Here are the top 10 leaders list who lost this election. Anbumani Ramadoss from PMK party was defeated in pennagaram constituency  by DMK candidate Inbasekaran. Inbasekaran got 76848 votes and Anbumani got 58402 votes.Anbumani was defeated by 18446 votes. Naam Tamilar Katchi Seeman was defeated in Cuddalore. He was defeated by Sampath M.C (ADMK).Sampth M.C got 70922 votes and seeman got 12497 votes. Sampath of ADMK leads by 58425  votes. V.N.Virugai Ravi of ADMK ans Thanasekaran of DMK got first two places.Star candidate of Virukampakkam was Tamilisai Sowndarrajan of BJP. She was defeated by ADMK candidate by 46812 votes. Tamilisai got 19167 votes and Virugai got 65979 votes. Star candidate of this constituency was Krishnasamy from Puthiya Tamilagam.He was defeated by Sundararaj of ADMK.Krishnasamy got 64578 votes and Sundararaj got 65071 votes.Sundararaj leads by 493 votes. Star Candidate of this constituency was A.Soundara Rajan of Communist Party of India (Marxist). He Was defeated by vetrivel of ADMK.Vetrivel got 79974 votes and Soundara Rajan 10281 votes.Vetrivel leads by 69693 votes.