A cooking school or cookery school or culinary schools or catering college is an institution devoted to education in the art and science of food preparation.

The oldest culinary school in America is also the very best. Started as a non-profit college, the Institute’s stated mission is to offer the best professional culinary education in the world. It boasts the largest staff of ACF Certified Master Chefs, and more than 300 companies actively recruit its graduates each year. The Institute offers Associate, certificates, and Culinary Science, Bachelor degrees in Culinary Arts, and Baking and Pastry Arts. Many students choose to complete both an Associate and a Bachelor degree, though the Institute does require students complete the Associate before pursuing the Bachelor. Le Cordon Bleu, regarded as one of the world’s leading culinary art institutes, provides training from world class chefs in classic French culinary techniques. This school has the online classes. 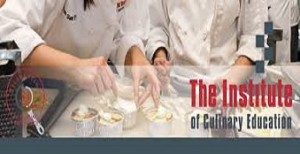 Founded in 1975 by Peter Kump. The Institute, which is often considered one of the best in the world, credits to its success its “Global Curriculum,” dedicated chef-instructors, entrepreneurial spirit and clear focus.

The curriculum also to include the largest wine education program in the country. ICE has been named a finalist and winner in the International Association of Culinary Professionals’ Awards of Excellence in 2002, 2003, 2006, 2008, and 2015. Many of its alumni have become recognized as industry leaders. ICE offers diplomas in areas such as Culinary Management, Culinary Arts, Hospitality Management, and Pastry and Baking. The International Association of Culinary Professionals named ICC the “Best Vocational Cooking School of the Year” four years in a row, and the ACCSC has designated it a School of Excellence.

L’Academie de Cuisine is located just outside Washington, D.C., and offers students the choice of Culinary Arts or Pastry Arts. The curriculum revolving around three phases of study: hands-on kitchen training, classroom lectures and a paid externship at a local fine-dining restaurant. This focus international cuisine. Students have the option of pursuing an Associate of Applied Science in Culinary Arts, which includes general education and can be obtained over six academic quarters.

Students also have the option of a Bachelor of Arts in Culinary Arts, which follows a traditional, four-year academic plan.

Johnson & Wales University is full university, and it’s also home to one of the preeminent culinary schools in the world. In fact, the university was the first school in the country to offer a full Bachelor of Science degree in Culinary Arts.

The intensive curriculum is designed to provide students with both theoretical and hands-on knowledge of the culinary industry through experienced chef-instructors, small class sizes, and time spent in the real culinary world. The Institute offers a wide variety of certificate and degree options, including the ever popular Associate degree of Occupational Studies in Culinary Arts, a 3-year program which includes a six-month restaurant internship.

The Bachelor of Arts in Culinary Arts is an especially unique program. Students in the five-year degree program spend the first three years alternating between the residency program and internships, before spending the last two years in a long-term internship with online coursework.

This nationally accredited culinary school was founded in 1981. Since opening it became one of the top in the United States for training future industry professionals.

The school has an especially strong and well-known Baking and Pastry Program and Facilities include a modern kitchen, state-of-the-art, and its in-depth curriculum is faithful to the skills, techniques, and recipes developed by Escoffier.