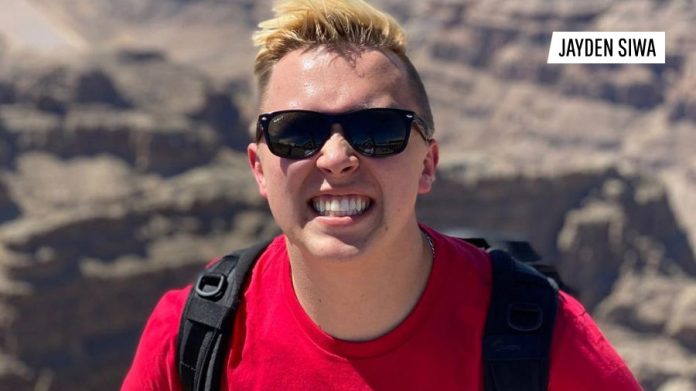 Jayden Siwa, who is famously known for being the brother of JoJo Siwa (a reality star), was born on May 20th May 2000. Jayden has Food and traveling Vlogs on YouTube, doing pretty well. Jayden has also been featured on reality TV. His dream is to be a famous baseball player someday. The article will take you through everything we know about the Youtuber.

Jayden Siwa was born and raised in Omaha, Nebraska, in the United States.

Jayden was born on 20th May 2000 in Omaha, Nebraska, in the United States. Jayden was born to Jessalynn Siwa and Dr. Tom Siwa. Jayden’s mother is a professional dance instructor who traces her roots back to Iowa. His father is an experienced Chiropractor based and living in Nebraska.

Jayden Siwa loves going fishing with his father in his leisure time. Jayden Siwa also loves playing baseball. He wants to play it professionally in the future.

Jayden has one sibling Joelle Joanie famously known as JoJo. Jojo is a popular figure famously known for being a dancer, actor, singer, and Youtuber. Joj has also featured in the two seasons of Dance Moms and Annys Ultimate Competition. She is also famous for her YouTube channels: JoJo Siwa TV and Its JoJo Siwa.

Jayden Siwa graduated from Roncalli Catholic High school based in Omaha in 2019. Jayden was an avid member of the baseball team, and he would love to play it professionally in the future.

Jayden Siwa was born on 20th May 2000, making him a Taurus. His birth element is a bull, and their qualities include patience, good taste, and determination.

Jayden Siwa Is 5’11 foot tall, and he has blue eyes. Jayden also has blonde hair, a heart shape, and mostly wears a grin on his face.

Jayden Siwa’s dating life is not private as that of other celebrities. Jayden Siwa dated Claire. In 2019, Jayden Started dating the YouTube star Lily Kate Cole. Lily is famously known for her YouTube videos, clips, and lifestyle. Many of Jayden Siwa’s videos were about her until they broke up in 2022. Jayden Siwa is currently dating Abbie Crandall

Jayden is a social media personality, and his YouTube videos have got him a large fan base. He began appearing mostly on Social media after his sister started being famous. One of their favorite pranks is when the two made a prank of their dada being hit by a bus. Jayden Siwa has a YouTube Channel, “The Food Dude. “He joined the YouTube Channel in 2017.

Jayden already has 4 million views and over 70 thousand subscribers. Jayden Siwa’s video mostly includes home traveling the world. He tastes different kinds of foods and then reviews them on his vlog. The Youtuber is also on TikTok as “musicaly.”He has over 370 thousand followers and staggering views worth 4 million. Jayden’s Videos and TikTok are mostly his travels and reviews on Food.

Jayden Siwa has social media pages with a huge following Instagram handle has over 132,000 followers. Most of his posts are about JoJo, his friends, and his family. His travel destinations are included in his highlights. Jayden Siwa, His YouTube, handles mostly consist of his food reviews and travel vlogs. He is also on Youtuber. Jayden Siwa is also on TikTok.

Jayden is one of the wealthiest Instagram celebrities, as well as one of the most popular. Jayden Siwa’s net worth is estimated to be around $1.5 million according to Forbes.